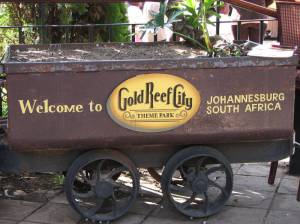 On arrival at O.R. Tambo International Airport you will be transferred to your hotel.  Afternoon collection from your hotel for a scheduled afternoon Gold Reef City Tour.  This magical trip down memory lane will tell you all about how Johannesburg came into being, how gold was discovered on the reef and how the lives of men and women formed an integral part of a rich and fascinating heritage.  Return to the hotel in the early evening for overnight.

This morning you will be collected for your scheduled morning Half Day Soweto Tour. Soweto is a cluster of townships located at the South Western flank of Johannesburg.  It is from here that most of the struggle was fought against the injustices of the apartheid  regime and is home to sites of historical importance. The tour ends with drop-off at your hotel in the early afternoon.

Morning departure from Johannesburg with your Travel guide.  Travel to the ‘Land of the Rising Sun’ – Mpumalanga.  Your 5 ½ hour journey takes you through incredible scenery – mountains, panoramic passes, valleys, rivers, waterfalls and forests characterise the landscape.  Arrive at your hotel in the late afternoon.  Check in to start your Kruger Experience immediately with an afternoon open vehicle game drive into the Kruger National Park.  All safaris in the Kruger National Park are operated in specially designed open safari vehicles and you  are accompanied by a qualified and experienced FGASA and SATOUR registered guide. 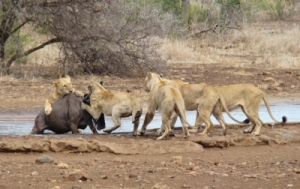 Kruger National Park consists of nearly 2 million hectares of unrivalled diversity of life forms fused with historical and archaeological sites – this is real Africa. The world-renowned Kruger National Park offers a wildlife  experience that ranks with the best in Africa. Established in 1898 to protect the wildlife of the South African Lowveld, the park is a world leader in advanced environmental management techniques and policies. Truly the flagship of the South African national parks, Kruger is home to an impressive number of species: 336 trees, 49 fish, 34 amphibians, 114 reptiles, 507 birds and 147 mammals.

After the sun has set on your first exhilarating day, return to the hotel for dinner and overnight.

After breakfast, embark on a full day safari into the Kruger National Park.  The safari starts early in the morning and your guide will cover as much area as possible. Stops will be included at the various lookout points within the park and you will be given the opportunity to explore man’s interaction with the Lowveld environment over many centuries – from bushman rock paintings to majestic archaeological sites like Masorini and Thulamela. These treasures represent the cultures, persons and events that played a role in the history of the Kruger National Park and are conserved along with the park’s natural assets. A packed lunch will be enjoyed inside the park. Return to the hotel in the early evening in time for dinner at the hotel.

After an early breakfast, depart the Kruger National Park and travel back to Johannesburg via the ‘Panorama Route’. The Panorama Route is best known for its cultural heritage and its dramatic landscapes. It leads through the rugged mountain range of the northern Drakensberg in the Mpumalanga province of South Africa.

Travel through “Gods playground” to God’s Window overlooking the green Lowveld. Further north along  the route, stop along many well-positioned vantage points from where one has a view of the 33 km long Blyde River Canyon gorge, which starts at “Bourke’s Luck Potholes” and ends at the “Three Rondavels“. 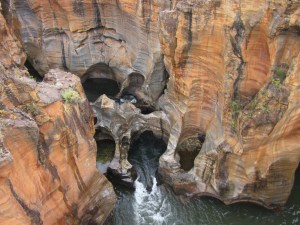 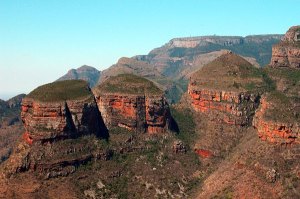 The Potholes are very impressive rock formations that were shaped millions of years ago by erosion. The bizarre swirl holes developed when the once rapid river carried masses of sand and debris. Time and weather permitting, stop at various waterfalls along the way. The tour ends on arrival at your Johannesburg based hotel by 18h00.

After breakfast this morning check out and transfer to the airport for your onward flight.

Is TURKEY the Right Holiday Destination For You?

Turkey is at the crossroads of continents, cultures and civilizations.
But that’s not all… 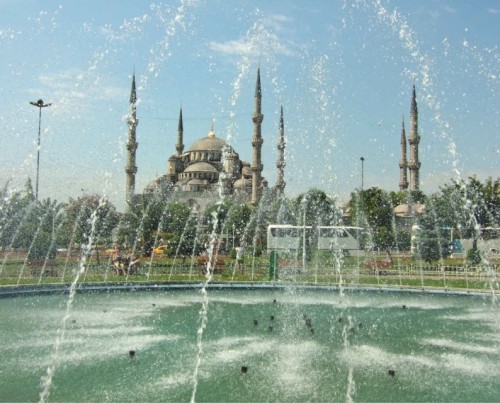 Visa Preparation Time: 3 to 4 working days. Visa on arrival if you have a validSchengen, USA or UK visa. 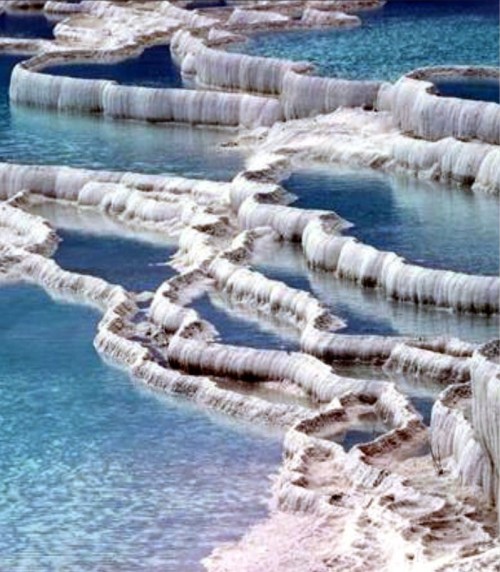 Meaning “cotton castle” in Turkish, Pamukkale  is a natural site in Denizli Province in south-western Turkey. The city contains hot springs and travertines – terraces of carbonate minerals left by the flowing water. The ancient city of Hierapolis was built on top of the white “castle” which is in total approximately 2700 metres long, 600 metres wide and 160 metres high. It can be seen from the hills on the opposite side of the valley in the town of Denizli, 20 kilometres away. In 1988, Pamukkale was declared a World Heritage Site.

Whirling is a physically active meditation which originated among Sufis, and which is still practiced by the Sufi Dervishes of the Mevlevi order from Konya.  It is a customary dance performed within the Sema, or worship ceremony, through which dervishes aim to reach the source of all perfection. This is sought through abandoning one’s personal desires, by listening to the music and spinning one’s body in repetitive circles, which has been seen as a symbolic imitation of planets in the solar system orbiting the sun. 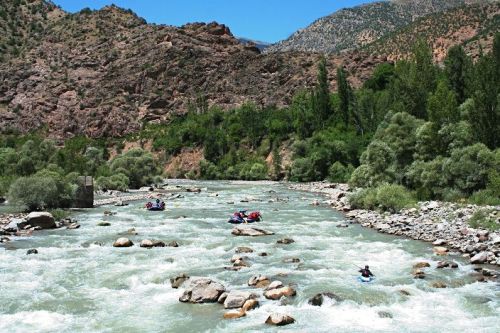 The Çoruh River rises in the Mescit Mountains in north-eastern Turkey. Its valley lies within the Caucasus ecological zone, which is considered by many authorities to be a biodiversity hotspot. The Çoruh Valley is recognised by Turkish conservation organisations as an important plant area, an important bird area, a key biodiversity area and has been nominated as a high priority area for protection. The Çoruh River has been called “an eco-tourism gem” and “Turkey’s last remaining wild river”, and is being promoted for whitewater kayaking by the Eastern Anatolia Tourism Development Project. It attracts kayakers and rafters from all over the world and was the site of the 2005 Çoruh Extreme kayak competition.

Ephesus was an ancient Greek city, and later a major Roman city, on the west coast of Asia Minor, near present-day Selçuk in the Izmir Province. It was for many years the second largest city of the Roman Empire – ranking behind Rome, the empire’s capital. Ephesus had a population of more than 250000 in the 1st Century BC, which also made it the second largest city in the world. The city was famed for the Temple of Artemis, one of the Seven Wonders of the Ancient World. The city’s importance as a commercial center declined as the harbor was slowly silted up by the Cayster River. The ruins of Ephesus are a favorite international and local tourist attraction, partly owing to their easy access from Adnan Menderes Airport and via the port of Kuşadasi.

Located on the edge of one of the world’s most exotic cities, the F1 Grand Prix at Istanbul Park sets new standards in motor racing – for drivers and fans alike. Host of the Turkish Grand Prix since its inception in 2005, the anti-clockwise circuit combines one of the Formula One calendar’s most challenging layouts, with superb spectator access and unparalleled levels of hospitality.  This year’s race will be held from 6-8 May.

Cappadocia is a region in central Turkey, largely in the Nevşehir Province. It is a region of exceptional natural wonders, particularly characterized by fairy chimneys and a unique historical and cultural heritage. One of the most romantic and memorable activities in this region is taking a Hot Air Balloon ride over the breathtaking Cappadocian moonscape dotted with villages, vineyards and fruit orchards.  After descending in a farmer’s field an hour later, a traditional champagne toast to a successful aeronautical adventure awaits you. The best flying weather is from April through October when the skies are clear and the winds are light at dawn.

Regarded as one of the 10 best aquaparks of the world, Adaland is spread out over 25 acres with more than 20 rides providing fun, thrills and excitement for the full family. Set in the lush green surroundings of Kusadasi, a wide range of excellent facilities and water-based rides are available, whether splashing in the cool blue waves, take a plunge down the thrilling water slides, leisurely floating along the lazy river or just soaking up the sun on the cool grassy beaches.

TURKEY- A Holiday For All Ages

When the Founder of Namaste Turkey (www.namasteturkey.com) decided to launch his enterprise, he wanted to personally make sure that Turkey could offer an unforgettable holiday regardless of age or budget. What better way to experience the unmatched hospitality of Turkey than with his family, whose ages range from 7 to 75 years. 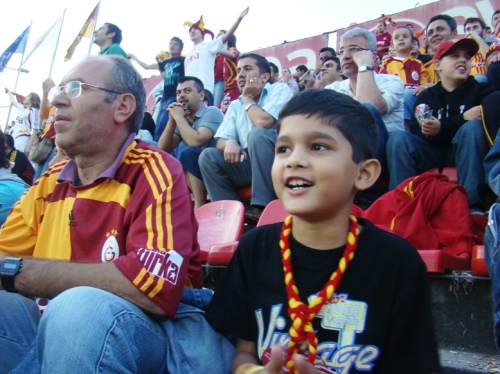 In Istanbul, you can experienced the traditions of a Turkish bellydance, the serenity of Prince’s Island and the excitement of a premier football match.

Kids can enjoy the largest aquapark in Europe at Kusadasi.  The awe-inspiring natural wonders of Pamukkale will take everyone’s breath away. 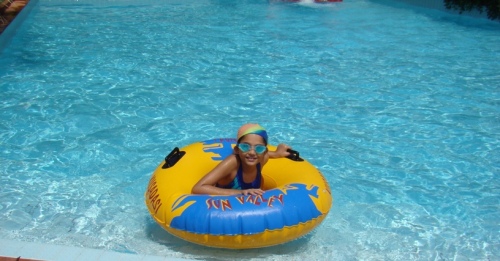 The resort town of Bodrum is the perfect getaway.  The fresh air, crystal clear water and the abundance of activities make it a great addition to your holiday. 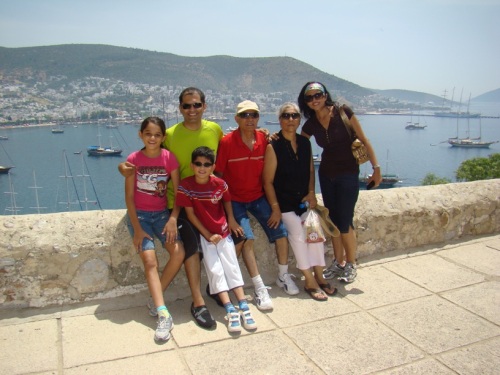 Interested in a Turkey holiday? Contact the Turkey experts at info@compacttravels.com or read more about Turkey travel experiences at www.namasteturkey.com

Your Indian Connection to Turkey